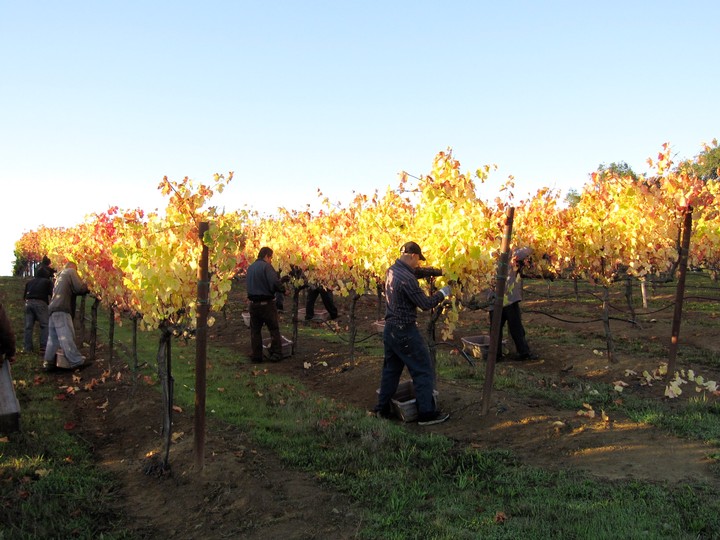 Like clockwork the rains have started!  Almost every year, just as the last gondola of grapes rolls in, so too the rain clouds.  Uncanny!  Of course there are times when the rains jump the gun a bit and come in before we finish, but we usually finish up with Cabernet Sauvignon.  Given its thicker skins and therefore better resistance to adverse weather, it is generally not a problem.  Always causes a bit of anxiety for winemakers, though!  But doesn’t everything ? ? ?

2017 will go down in history as one of the toughest harvests to date.  Those of you that are faithful readers of my blogs read earlier that, no matter how long a winemaker has been making wine, no winemaker worth his salt will ever say he’s seen everything.  Mother Nature always has a curve ball in the bull pen for us!

This year one of those curve balls was a couple of horrendous heat waves back to back.  Now a heat wave during harvest is by no means unusual.  Happens all the time.  For a few days in a row we may hit the high 90s or low 100s but generally there is not much damage done.  Believe it or not, above about 94F or so, grape vines shut down to protect themselves from the heat.  As the cool air returns, the vines quickly recover and return to their normal ripening schedule.  This year, however, we had a couple of heat waves that extended outwards of 10 days with temperatures in record high 100s or low 110s.  Now that is hot for anyone! Records were broken and our poor grapes vines found little humor in those long, unrelenting blasts of scorching heat.  Equally unusual was that the recovery took much longer than normal.  Cool days eventually returned but it took the vines about two weeks to get back to their normal routine.  During that two week spell, I honestly thought this time the heat had been too much and the show was going to be over before the grapes were ready.  Things were a little tense here, to be perfectly honest!

Never let it be said that the grapes of Sonoma are wimps.  Far from it!  Sure enough, though it took a nerve-rackingly long time, the vines sprung back to life, ripened their fruit to perfection and offered up a delicious harvest.  Both Notre Vue and Balverne are in fine shape with a cellar full of a superb 2017 wines from which to craft our upcoming offerings. “I know a thing or two because I’ve seen a thing or two.”  Add one more “thing” to that list!

Please come visit.  I’d love to taste the 2017 wines with you and celebrate another great vintage with you.  Cheers!

Commenting has been turned off.

Receive updates on events, vineyard news and wine releases. We would love to stay connected with you. Join our email list by filling out your email in the space provided or feel free to call us at 707.433.4050.